The Midas Trees were made for, and in response to, an exhibition concerned with climate.

They are made with 24ct gold and solar rays. Gold, being reflective, becomes apparently ephemeral. From one angle graphic, from another almost invisible. It is also scarce, coveted and corrupting.

Initially conceived of as images of burning trees. That idea soon jettisoned; no drawing could touch that tragic power. (SC) 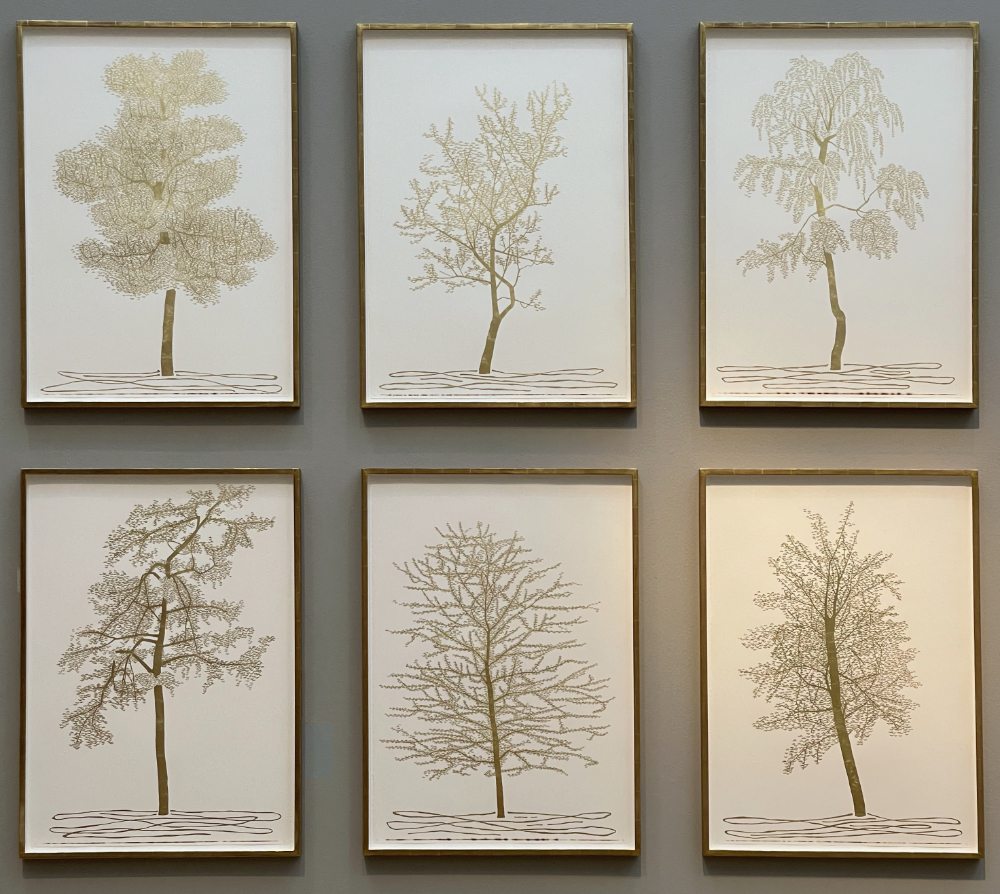 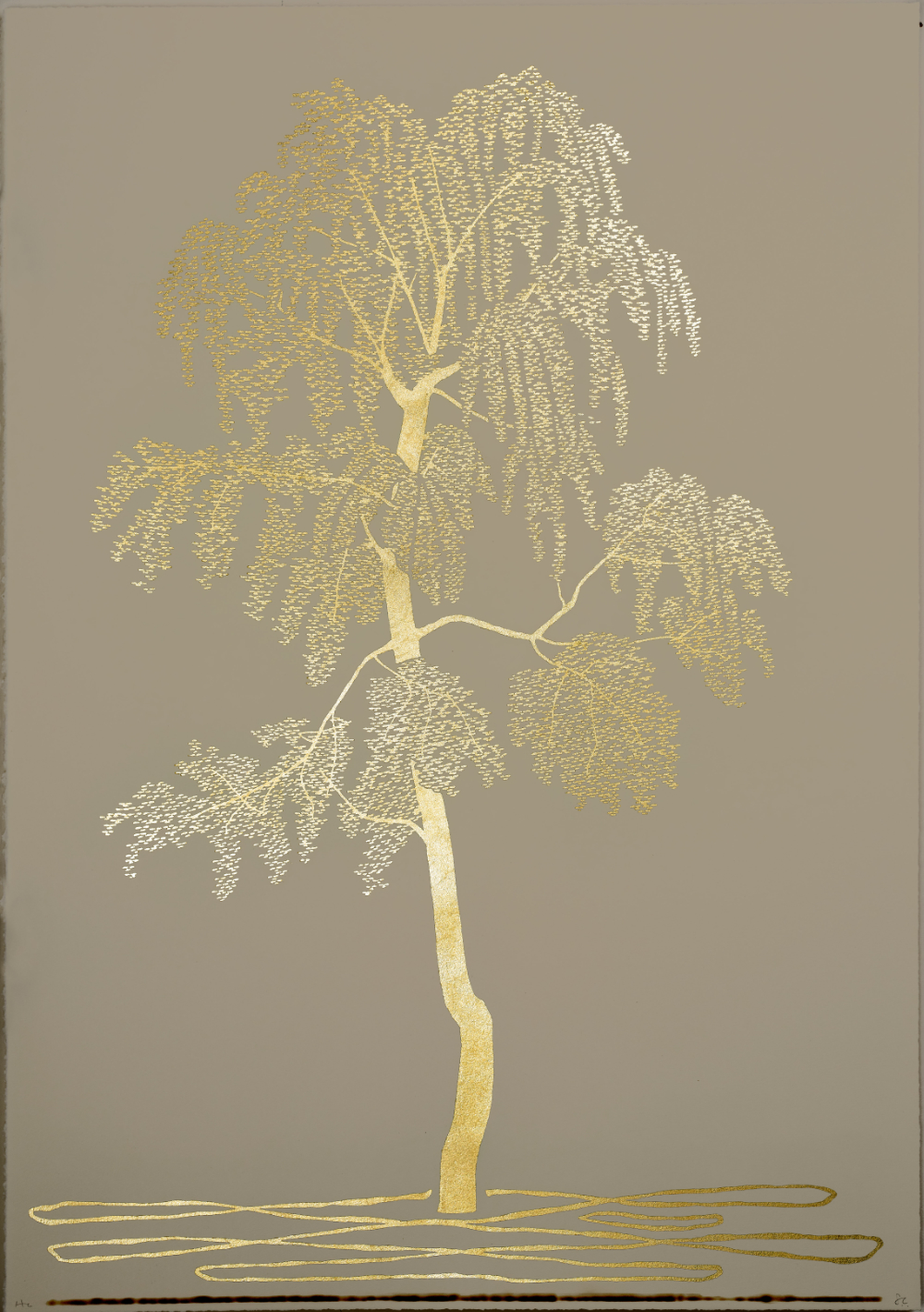 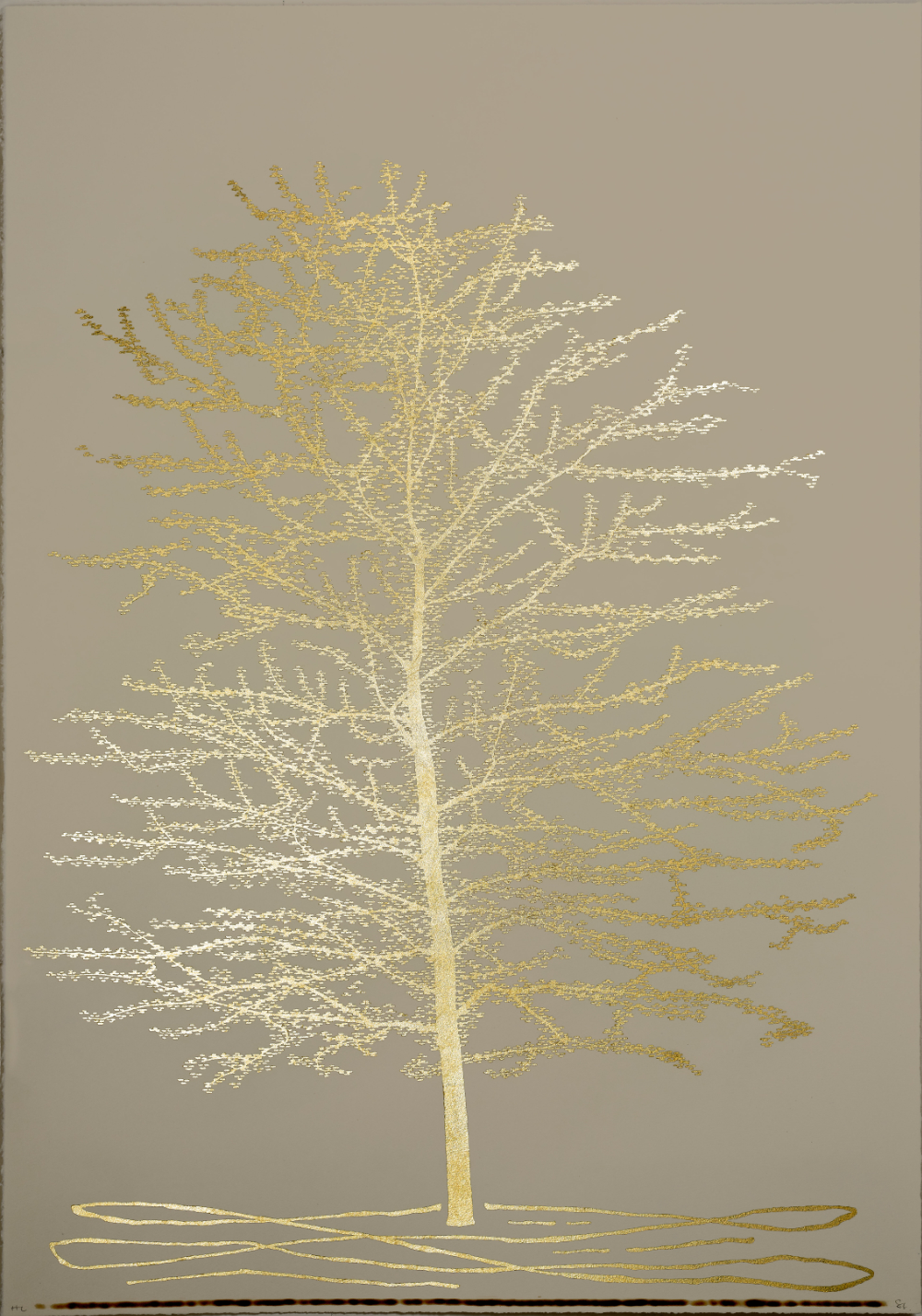 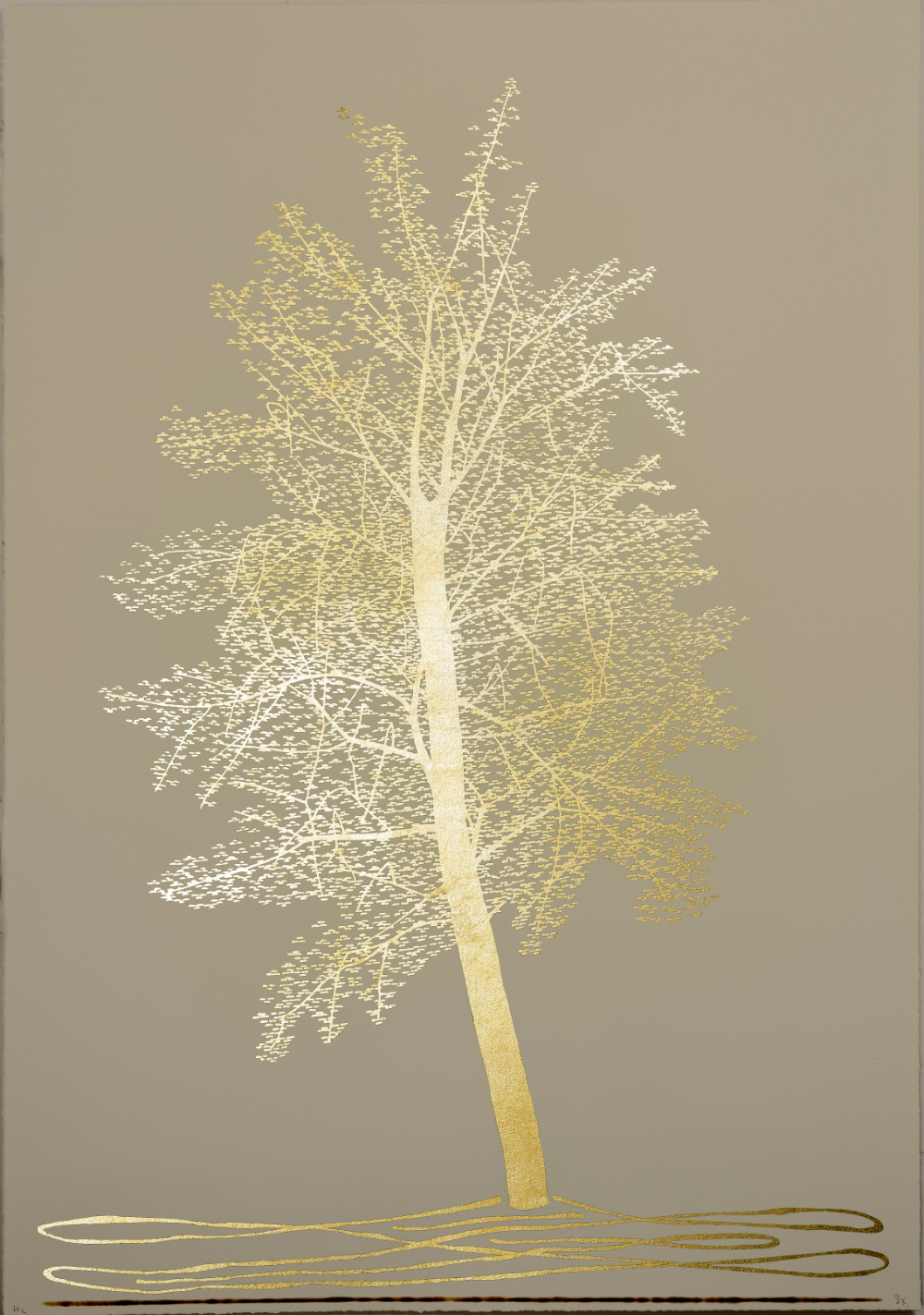 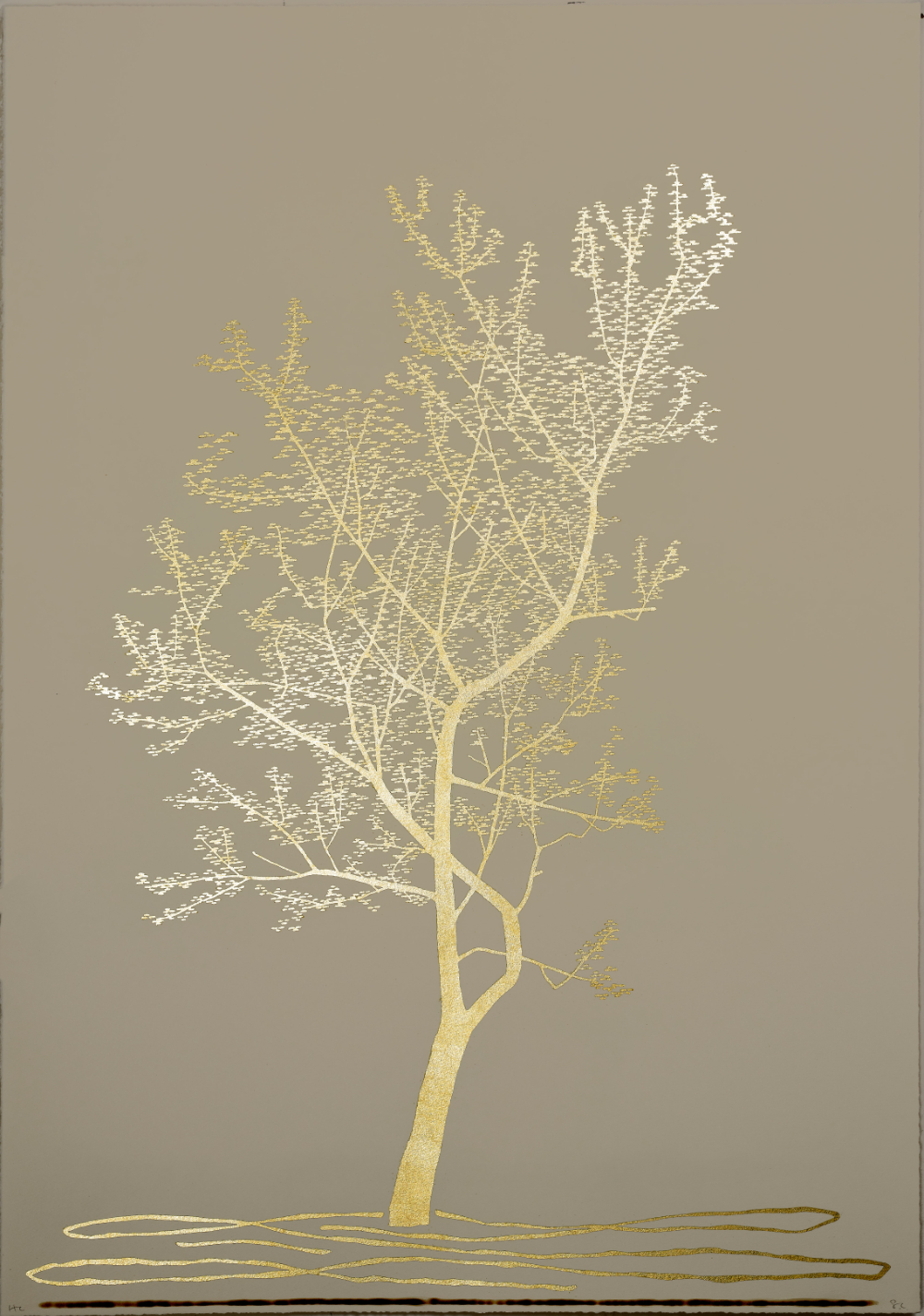 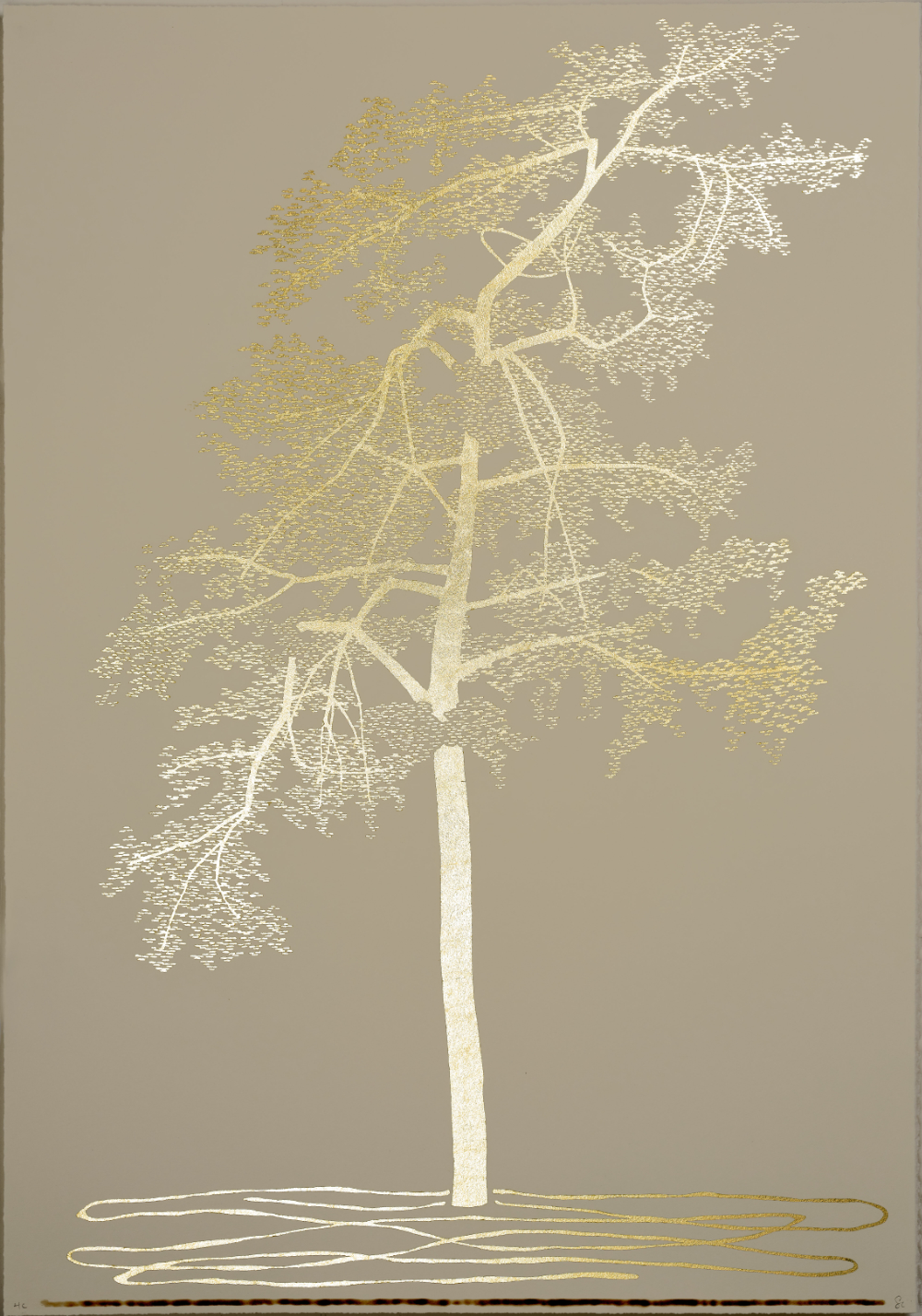 Set of 6 lithographs with 24ct goldleaf and fire, Edition of 5, Printed at Keystone Editions, Berlin, Published by SCS, 2022