During the William Blake exhibition at Tate Britain in 2004 I was asked to contribute a painting to a supporting exhibition where several artists were invited to make their own responses to Blake’s work. I made one painting for the exhibition and continued over the following years to make numerous others, including versions of all Blake’s Songs of Innocence.

Painted on moulded panels salvaged from a discarded wardrobe. I think of these paintings as a visual, one sided conversation with the most singular, relevant British artist. (SC) 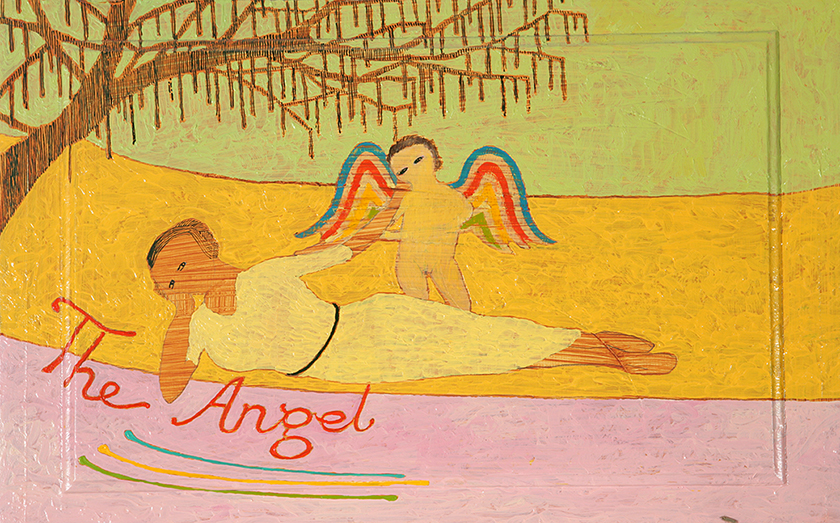 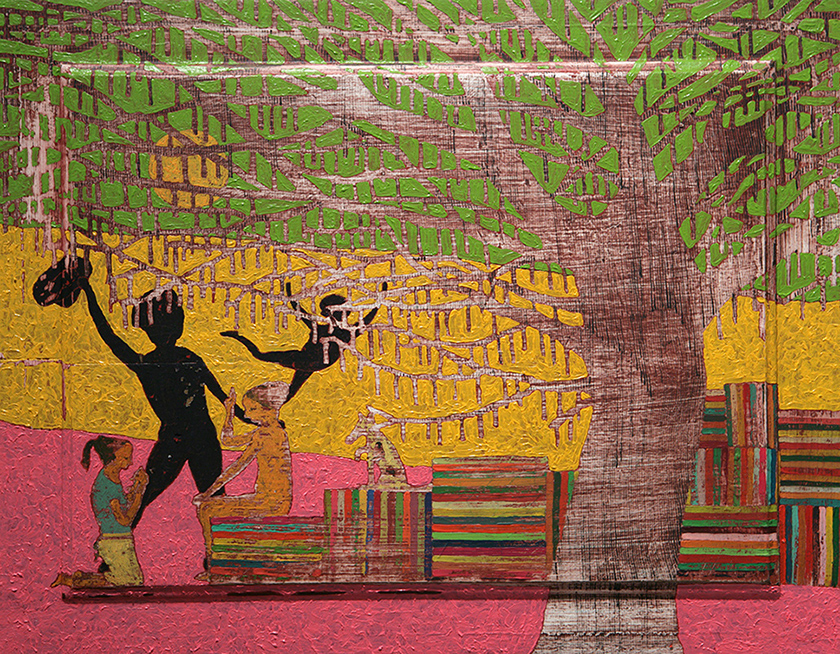 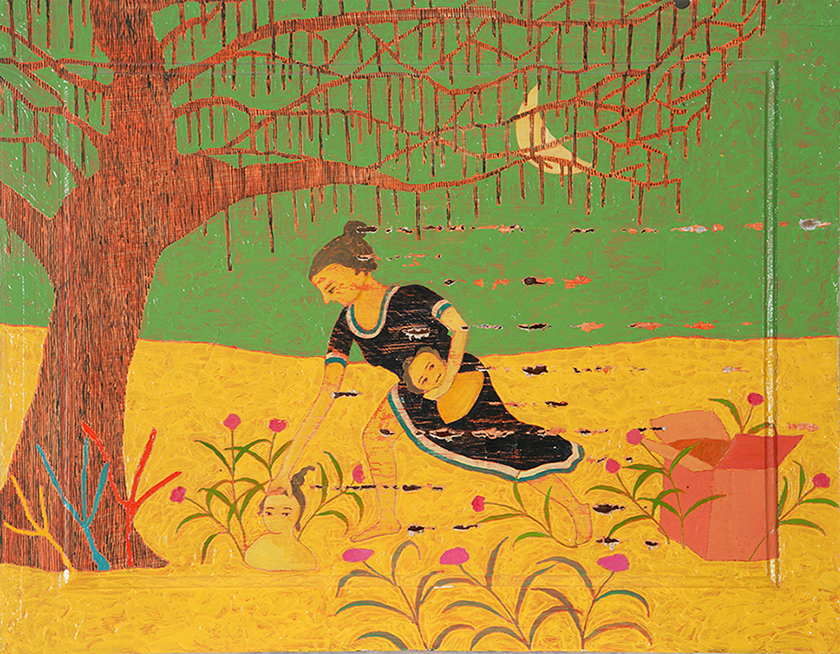 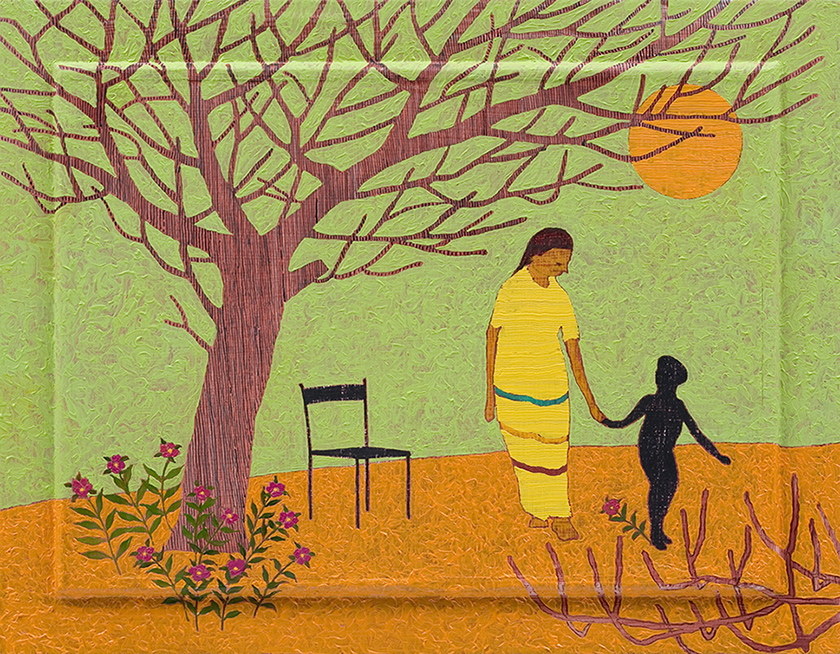 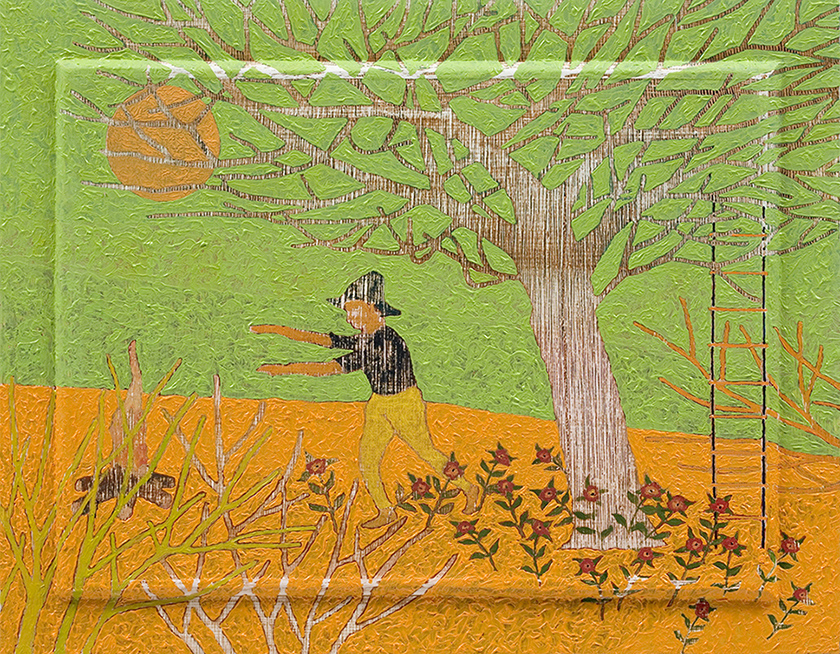 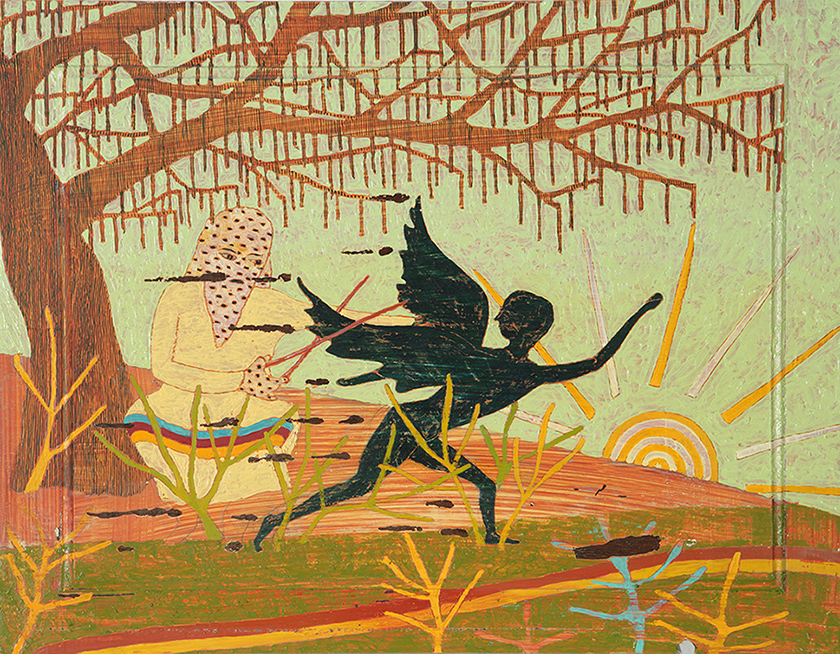 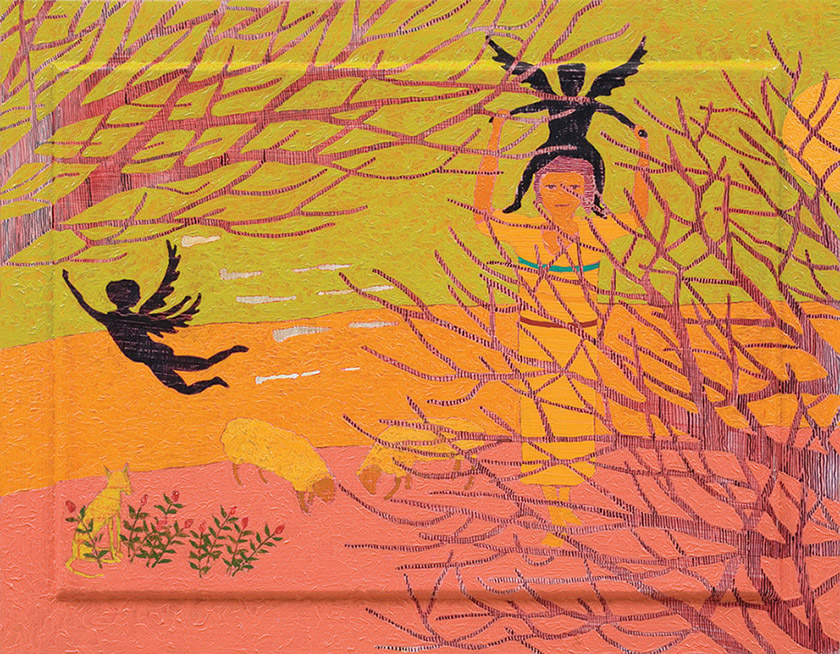