At a press conference in 2008, at the end of George W Bush’s gulf war, an Iraqi journalist took his shoes off and threw them at the president. Bush took evasive action, though he clearly had little idea of the cultural significance of this action. I made a simple drawing at the time. Ten years later I made two large paintings based on this incident. By now there are several presidents that warrant having a boot thrown at them. (SC) 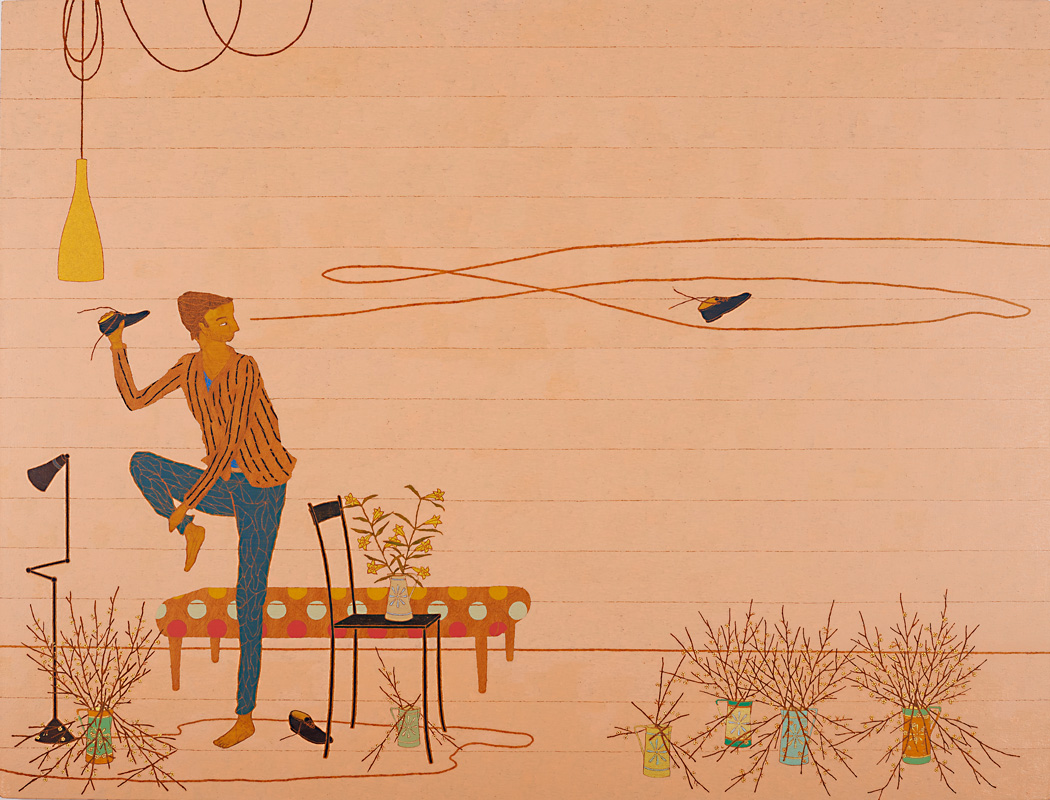 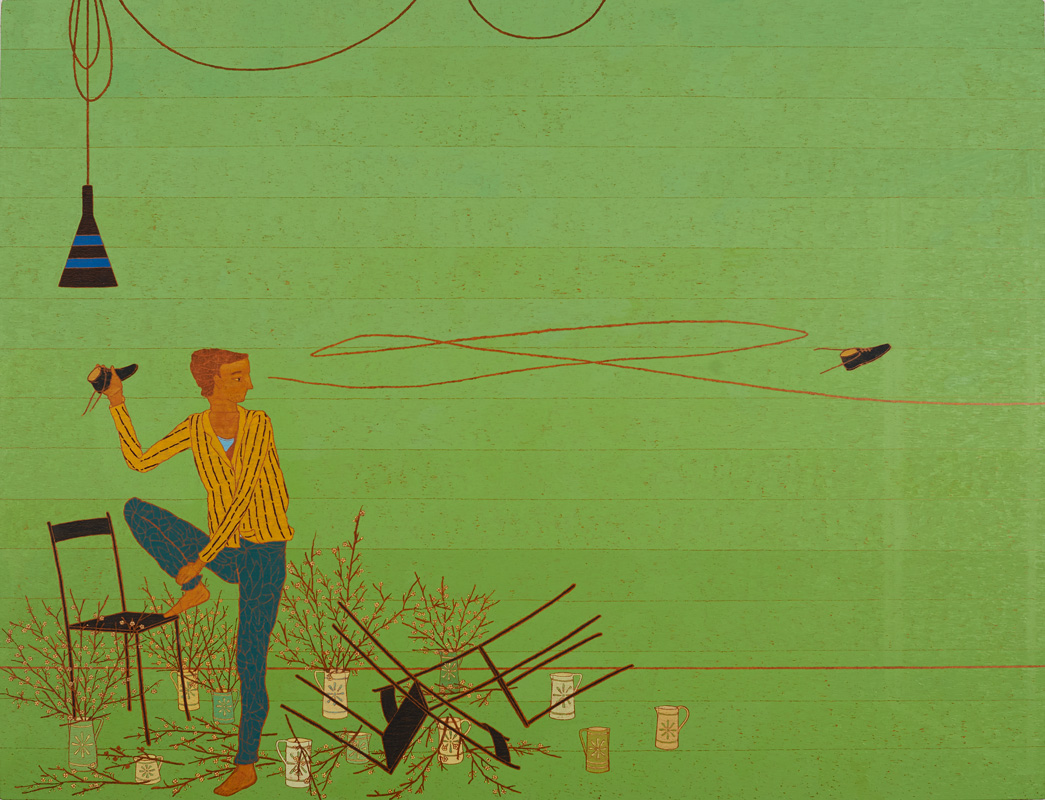 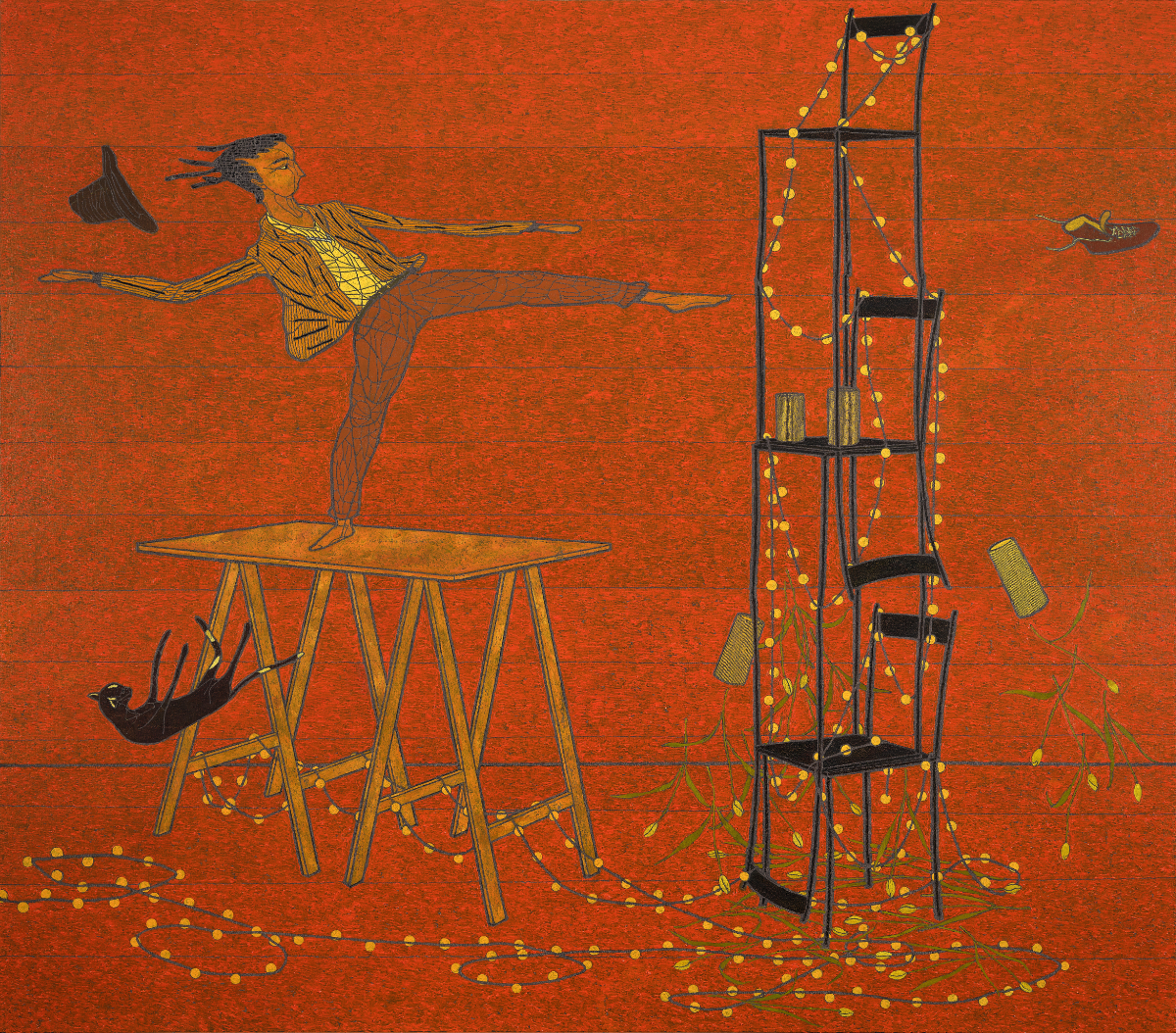